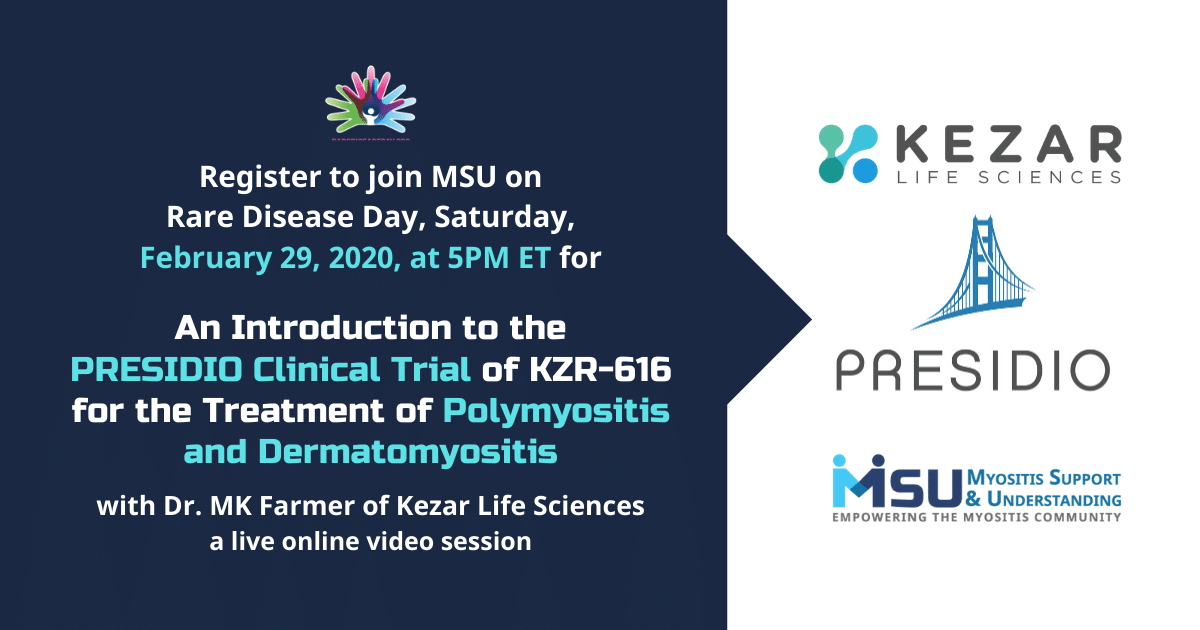 “An Introduction to the PRESIDIO Clinical Trial of KZR-616 for the Treatment of Polymyositis and Dermatomyositis” with Dr. MK Farmer of Kezar Life Sciences

Watch the recorded version of this video session and find additional resources.

Dr. Farmer will discuss the science behind KZR-616, an investigational treatment for autoimmune diseases, and provide an overview of PRESIDIO, a phase 2 study of KZR-616 in Polymyositis and Dermatomyositis which is currently enrolling in trial sites across the US. 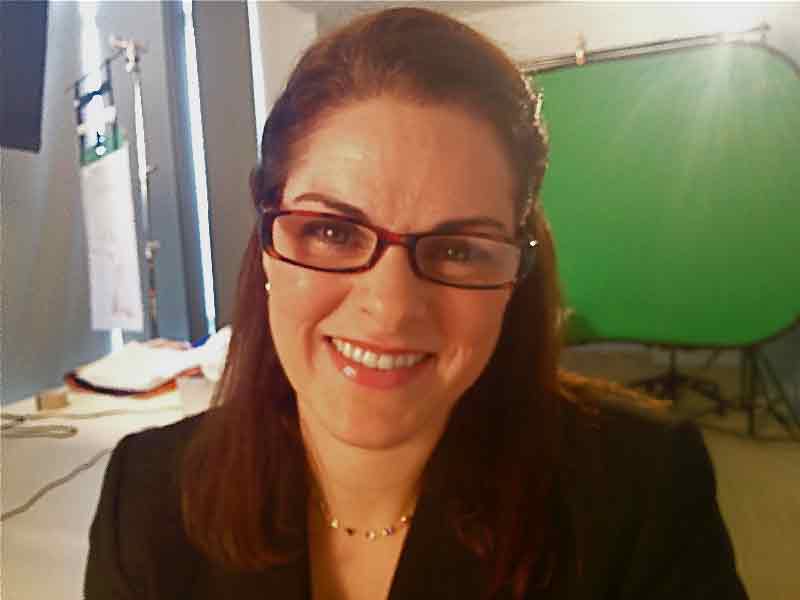 Dr. Mary Katherine (MK) Farmer, MD received her medical training at the Medical College of Georgia, graduating in 2001. She completed her Internal Medicine training at the University of South Carolina (USC) from 2001-2004 where she first became interested in rheumatology. From 2004-2006 she worked as an inpatient hospitalist in Charleston, SC, and then on faculty at USC. She attended the University of North Carolina at Chapel Hill (UNC) from 2006-2009 for Rheumatology Fellowship and was invited to present her research on lupus nephritis and mycophenolate mofetil (CellCept®) at national and local conferences.

She was diagnosed with dermatomyositis in 2003 during residency and left clinical practice in 2010 to pursue a career in clinical research with her strong foundation in autoimmune diseases. She has worked with most of the major pharmaceutical companies and has worked on several medications that have been approved for different diseases.

She came to Kezar Life Sciences in mid-2019 to take a once-in-a-lifetime opportunity to run the myositis development program.

A sponsor of Myositis Support and Understanding (MSU)

Kezar is currently recruiting patients to participate in Phase 2 clinical trials. The diseases being studied in these trials are: lupus nephritis, dermatomyositis, polymyositis, autoimmune hemolytic anemia, and immune thrombocytopenia.

Learn more about the PRESIDIO trial

We use Zoom for all video support, activity, and education sessions and highly suggest you download and install this free software on your computer, laptop, or smart device. See help documents we have created for using Zoom.See Zoom Help »

Check out other upcoming support and education sessions 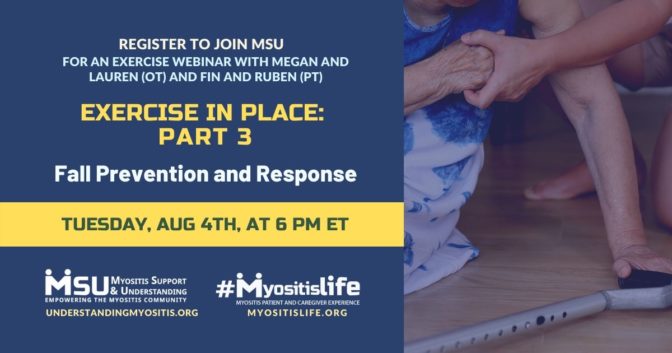