Polymyositis and Me: Five Months Later 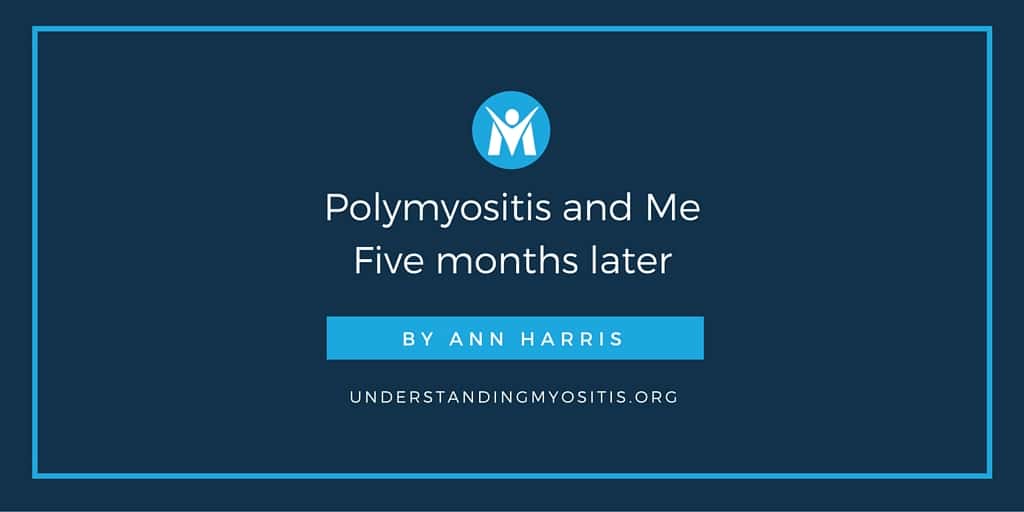 Polymyositis and Me: Five Months Later

It’s funny how quickly one’s life can change in such a short period of time.  For me, it used to be (and will be again soon) work (6 days a week), gym (twice a week), running errands (every day), home for a bit, then back out again.  I was out of the house for 12, 13 hours a day.  In only eight weeks, I was unable to brush my hair, go to the bathroom or walk without assistance.  It all started with some soreness in my left shoulder back in late October 2010…then I was unable to lift my arm above my head…then came the weakness in my proximal muscles.  It felt like there were strategically placed, hundred-pound weights placed on them.

Knowing what I know now, the signs were ever so gradually appearing. There was a time in November 2010 where I experienced widespread muscular pain; however, it only lasted two days.  I assumed, just like with the soreness in my left shoulder, that it was because I overdid it at the gym.  It was when I had trouble with range of motion in my arms that I went to see my doctor.  When I went the first time (December 16, 2010), I had bloodwork done to test for RA, Lupus and anything that would suggest some kind of possible autoimmune disorder.  One week later, my doctor called to tell me that there were some abnormalities and that I needed to return to the clinic.  The following week (December 30), I had more bloodwork done, which revealed a critically high CPK level.  I drove myself to the doctor that day; nine hours later, I was admitted to the hospital, hooked up to IV fluids to try to flush out some of the enzyme.  Twelve days, seven roommates, an EMG and a muscle biopsy later, I was diagnosed with polymyositis.  I could barely walk.  My legs were swollen for three weeks due to all the saline that had been dripped into me for nearly two weeks straight at a rate of 200 mL/hr.  The disease had finally progressed to my back, hips and legs, and I was at my weakest for the next two months.

Since the diagnosis, I’ve been doing a lot of research.  I wanted to know everything—the possible causes, treatment options, incidence/prevalence and whether or not this was even treatable (which it is, thank God).  I even researched the drugs that I would be on and their side effects.  I tried to educate myself as much as possible on this.  But, of course, I know enough about PM to know that I’m not gonna let it discourage me in any way, shape or form.  This is nothing more than a temporary setback.

The first line of treatment for PM is corticosteroids, namely Prednisone.  For some patients, it works wonders.  It’s all the treatment they need.  For more, um, stubborn bodies (like mine), a little more assistance is needed.  In comes methotrexate, an immunosuppressant, a.k.a  ‘Chemo in a Bottle’.  Eight tiny pills, once a week.  Turned me into a zombie at first, then made me an insomniac.  Next up, Imuran.  Another drug that suppresses an overactive immune system.  Great.  It’s also an anti-rejection med, used by kidney transplant patients!  “Geez, I hope my body doesn’t reject my kidneys!’ Har har har.  No one thought it was funny, but I thought it was hilarious, and that’s all that mattered.  But, it still wasn’t enough.  My muscle enzymes were still too high.  Tack on an infusion treatment called IVIG.  If you don’t know what that is, look it up.  Very interesting.  I’m not going to sit here and go over the concepts of molecular biology and immunology in order to explain how it works.  Besides, it’s been a while since I had taken molecular bio, so I’ve forgotten most of those concepts anyway.  Luckily, I haven’t experienced any harsh side effects of any of these treatments, other than some hair loss (which has ceased; my hair is now full and lush as it was before), some very mild lower GI discomfort, and oily/dry, heavily scarred, gator-like skin from the horribly painful steroid-induced acne.  All of the above are the standard PM treatments, and in the right combination/dosage, it works.  And it’s working for me.

Here’s where it gets depressing.  The physical and emotional effects were overwhelming.  Obviously, the physical toll it took was too much to digest.  Simply put, I went from being very active to very weak and practically crippled.  I had always maintained a sense of independence; to have that taken away from me made me feel like less of a person, less of a woman.  Now it’s time to ride the emotional rollercoaster.  Never in my life did I feel so helpless and ashamed.  And sad to the point of tears.  And angry, sometimes to the point of tears.  I was mad that I couldn’t use my arms.  I was mad that I needed help preparing my meals. I was mad that I couldn’t climb stairs or stand on my own.  I was mad, and highly embarrassed, that I needed help in the bathroom, for goodness’ sake.  I felt like no one even cared about me.  I hated the fact that I was being a burden to my family.  I was perfectly happy helping take care of my elderly parents; now they’re taking care of me.  Again.  Not fair.  They’ve already done that.

By the end of January, I was feeling weaker than when I left the hospital three weeks prior.  I felt like I wasn’t getting any better.  Now I’ll admit, there have been a few instances in my life where I had feelings of depression and hopelessness.  But this was the first time I felt suicidal.  Just days after being accepted into graduate school, I remember lying in bed, staring at the line of medicine bottles lining the edge of my desk.  I wanted to create my own drug cocktail and end this misery.  I was glad I was alone, because the tears were a-flowin’.  But five reasons quickly squashed any and all thoughts about ending it:

It wasn’t until mid-February that I began noticing the small victories when it came to my physical condition.  Small changes to normal folks, but very significant ones to me.  The biggest victory? Being able to get into bed in less than 30 seconds.  But again, we’re still talking about February…

March’s victories included getting into bed AND tucking myself in (woo hoo!), regaining some range of motion in my arms (I can touch my face again!) and having less of a Fred Sanford-like gait when I walk.  As of today, I can stand from a chair without grunting like a tennis player, brush my teeth using either arm, hold a cup to my mouth, get my coffee cup from an upper cabinet, get stuff from the fridge (as long as I can reach them), get in and out of a car, raise my right arm above my head, dress myself, and use a cane to climb a few steps.  I even opened up my own can of fruit once…and the can itself was slightly bent…I could only get the darn thing half-open so I had to pry at the lid with a butterknife, pour out the juice, then tap the fruit out of the can.  The sweetness I tasted was not just from the mandarin oranges, but victory.  Sweet, sweet victory.  This list of victories will only continue to grow as time goes on.

Each patient is different when it comes to how they respond to treatment.  Some respond more quickly than others, some need more time, some don’t respond at all.  Although it took longer than my doctors expected, I’m (thankfully) responding to treatment and finally starting to see significant results.  And once I start physical therapy…watch out.  By this time next year, I hope to be stronger than ever—physically, mentally and emotionally.

The most important lesson I learned from these experiences is patience is virtue.  I was always a patient person.  Then this happened.  I wanted to get better quickly, and when it didn’t happen…(see Emotional Rollercoaster above).  It’s a struggle, but it’s the small, encouraging victories that make me believe that I will conquer this.  I have to.  I’ve got a job and a gym to go back to, friends and family to hang out with.  Geez, I’ve got a birthday coming up and trust me, it will be a celebration! 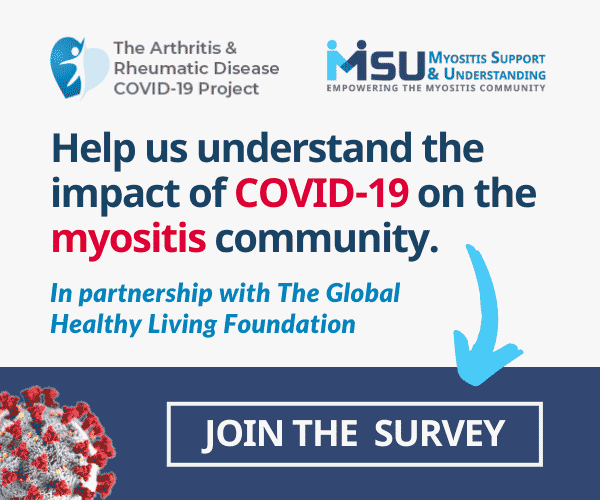 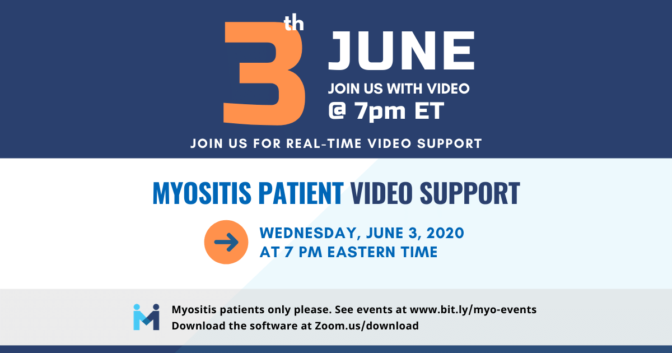 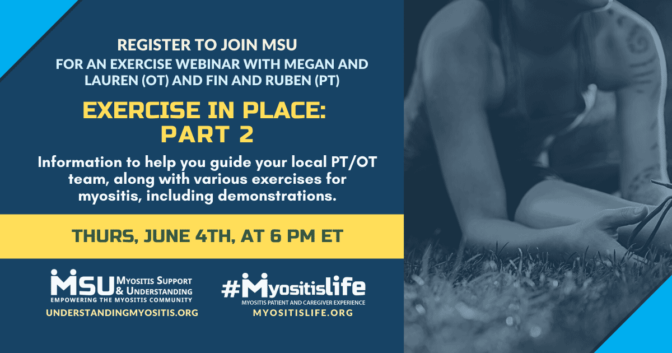 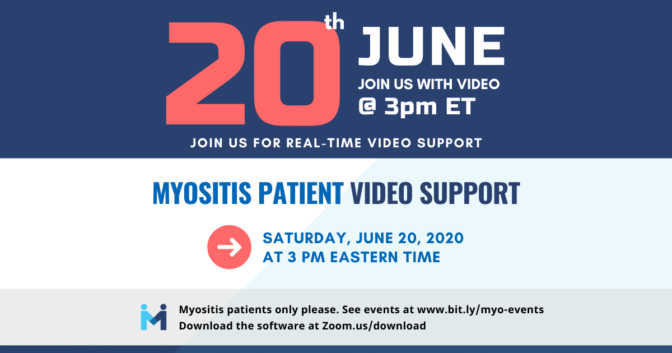