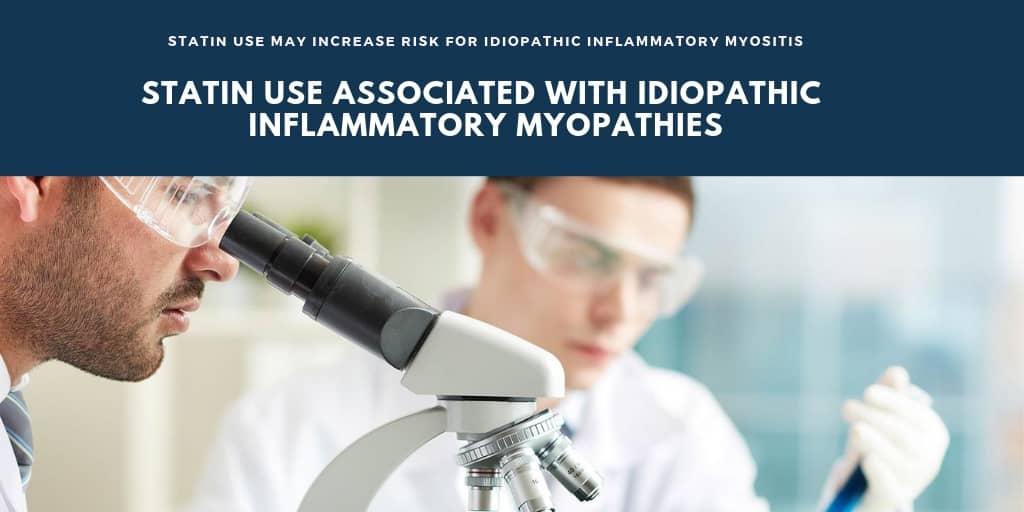 Statins are drugs that lower cholesterol. Some common statin drugs are Lipitor, Lescol, Crestor, and Zocor. There have been reports indicating that statin use may be associated with idiopathic inflammatory myopathies, but the authors claim this was the first study to statistically confirm it.

They identified 221 people with confirmed myopathies and 662 people without the disease as a control group in an Austrailian population. Of the 221, 30.8% were taking statins at the time their myopathy was diagnosed, compared to 21.5% of the control group. Statistically, based on the Odds Ratio, there was a 79% greater likelihood that a person with myositis was taking a statin than a person without myositis.

CNN recently reported that one in five Americans between the ages of 40-75 takes a statin drug, which is approximately the same as the control group in this study.

As the authors emphasized, based on the widespread use of statins, the association of statin exposure with myositis requires further research and understanding.