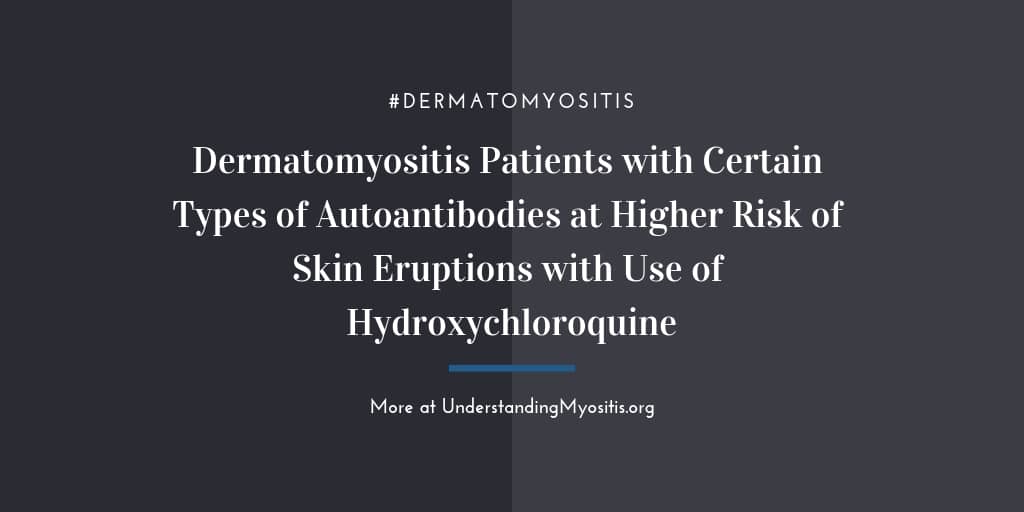 Scientists have identified numerous autoantibodies which are only found in people with certain autoimmune diseases. This identification helps in the diagnosis, characterization, and treatment of diseases.

In this study, the researchers set out to determine if there was a distinction between the type of autoantibodies present in dermatomyositis patients and the incidents of skin eruptions while taking hydroxychloroquine.

The specific autoantibodies examined were:

The significance of this study is the notion that there are differences in the nature of dermatomyositis depending on the type of associated autoantibodies that may impact the character and treatment of the disease. Further research is needed to examine this topic.

Researchers set out to determine if there was a distinction between the type of autoantibodies present in dermatomyositis patients and incidents of skin eruptions while taking hydroxychloroquine. Click to Tweet