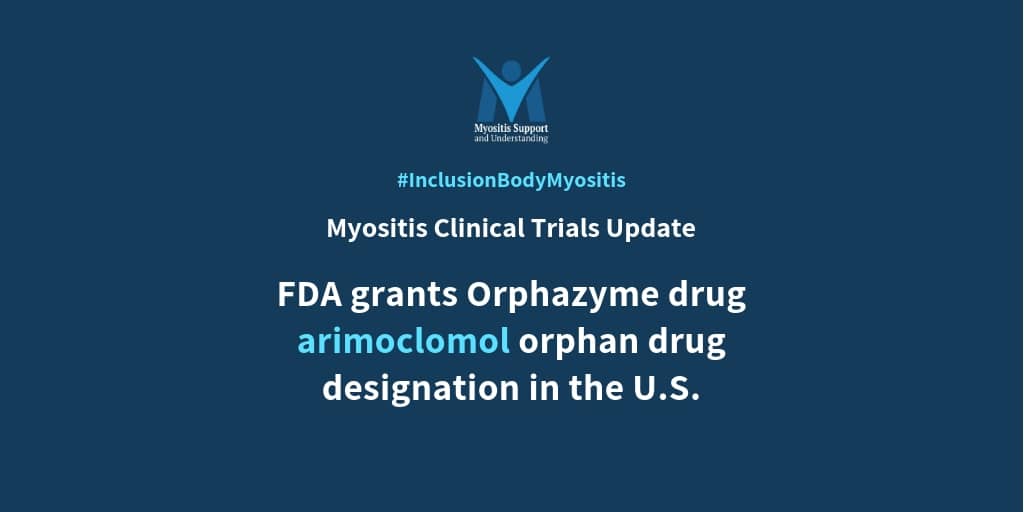 Orphazyme A/S, a Danish biotech company with a late-stage orphan drug pipeline, today announced that the U.S. Food and Drug Administration, Office of Orphan Products Development, has granted an orphan drug designation to arimoclomol for the treatment of the orphan disease Inclusion Body Myositis (“IBM”). Orphazyme A/S applied to the FDA for the designation in September 2017.

About Orphan Drug Designation in the U.S.

The United States Congress passed the Orphan Drug Act in 1983 to provide incentives for investment in treatments for rare conditions. Companies that receive orphan drug designation are entitled to several advantages, including the possibility of free of charge advice from the FDA and certain financial benefits, such as R&D tax credits and exemptions or reductions in regulatory submission fees. If a drug candidate with orphan drug designation is approved by the FDA upon completion of clinical trials, it may receive orphan drug status providing the orphan drug with market exclusivity for seven years in the United States.

This is an important step forward in the clinical trial for inclusion body myositis patients who currently have no approved or effective treatment options.

We will continue to keep you updated as more information about this vital clinical trial is available.