Sadly, my mum lost her battle as an IBM warrior

Home Sadly, my mum lost her battle as an IBM warrior 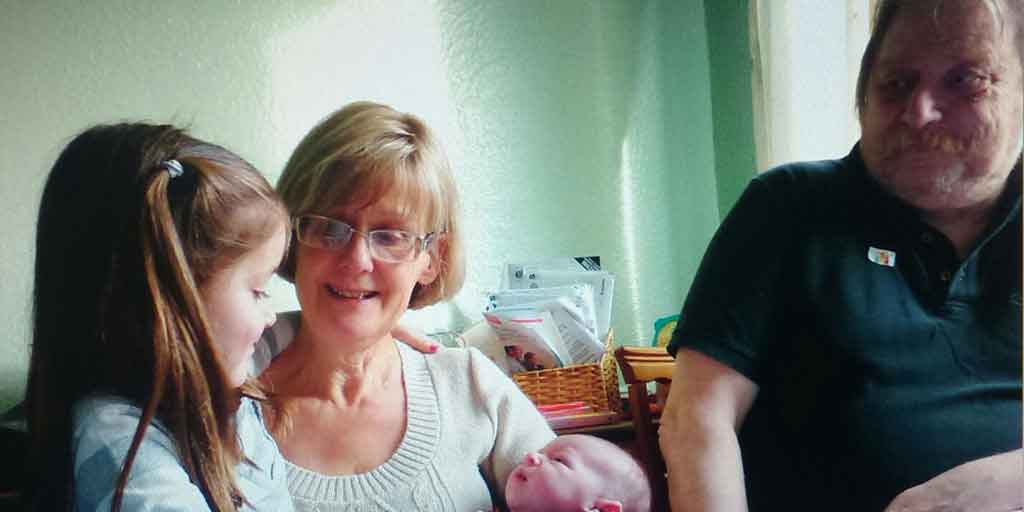 Mums journey was a very difficult one.  I remember her first fall the day I gave birth to my daughter 21/12/2005 and her final day her body could take no more was 28/6/2016. Following her first fall mum noticed she was falling more and more often, she saw GP’s for years when the muscle wasting and swallowing problems began to show.

No answers, then to September 2012, mum became seriously ill, a flu-like bug led to dangerously low sodium levels and pneumonia. She was delusional and eventually began fitting so was put in an induced coma. The phone call came to go in the middle of the night, they didn’t think she would make it but she did. Eventually, she came out of the induced coma after a week or so but was so weak and couldn’t or wouldn’t talk. Depression was questioned by a neurologist as the reason she was not talking. She gained some strength and after six weeks or so was eventually able to come home. All seemed well, she was recovering slowly until that Christmas.

Mum seemed incredibly depressed and cried for most of Christmas Day, Christmas night she seemed to be becoming less rational and more unwell so a trip to A&E but nothing obviously wrong, so back home where she had some sort of fit and needed an ambulance straight back to casualty. She stayed in a day or so then home but getting more and more depressed.

By January 10, 2013, she fled her house in PJ’s suffering from psychotic depression which led to a ten-week stay in a mental health facility. She came out a lot weaker physically and emotionally and her swallowing was becoming more and more of a problem. Following this, my parents moved to a bungalow as mum could no longer manage the stairs. Home help started attending mum once a day for support and it helped her confidence regrow a little. However, it was short-lived as on May 12, 2013, she suffered a TIA, though we had warning signs she was unwell as her mental health was suffering too. Only once more was mum admitted for a shorter stay at the mental health unit, but at this point, we still had no IBM diagnosis.  Everything was still a mystery.

Thankfully following one hospital stay, mum was transferred to the Walton in Liverpool to be seen and through them, we were passed on to the Aintree Rheumatology department and professor Cooper. This time a diagnosis didn’t take long but without doubt, we knew it was right and that unfortunately, mum had already progressed very quickly by now with massive weakness in her legs, arms, hands, suffering foot drop, a lot of swallowing problems and lost a lot of muscle control in her neck.

In part, having a diagnosis was at least an answer, however, a pretty bleak one. Summer months were easier but as soon as September 2013 hit so too did pneumonia, again. I forget how many hospital stays she had in the end but it was always pneumonia, in part at least, due to aspirating. Eventually, mum went to a completely puréed diet and supplemental drinks, but she was tiny and terrified of gaining weight as by now her mobility was limited to toddling around the bungalow.

Carers came in four times a day to her and she relied on me for showering and personal care. She had lost her sparkle, she barely saw anybody and wouldn’t go anywhere without myself or my sister. It became clear late in 2015 that even a puréed diet was becoming too difficult and she was placed on the list for a gastronomy surgery to fit a feeding tube. Chest infections were becoming far too frequent and her breathing becoming more and more shallow and difficult. Her surgery was to be at the beginning of July 2016, she had her pre-op and passed it so was given the go-ahead for her stomach rig. This was around the 20th of June, then another chest infection struck, more antibiotics but they weren’t working. GP wanted to admit her on the 24th, but she refused and tried a different antibiotic. That was a Friday.  By the Monday when the GP was called back out, the hospital was the only option; he sent for oxygen from the surgery to help her a little until the paramedics came.  The GP told her he’d see her once she was back out, that wasn’t to be.

At 2:15 she left by ambulance.  I left to get the children picked up and dropped off somewhere before making my way to A&E to her. A little over an hour after the ambulance left I arrived at the hospital, through to resuscitation but ushered into a room, the sheer panic that has never happened before. In comes a consultant, an anesthetic doctor and another suited man, I knew. They told me that they had run blood gas tests and basically knew she was dying, her body was full of carbon dioxide and shutting down. They could try one thing but they expected she was too weak to let the breathing machine help. Sadly they were right, but we had time to get my dad and sister to her side, she knew nothing about it and was made comfortable until the very end. On this occasion, the care both my mum and us, the shocked grieving relatives, were given was phenomenal. It was as perfect end as we could have hoped for.

We had no idea how weak her diaphragm had become and how poorly she really was breathing, but this was June 28, 2016, she didn’t make it to her operation, she’d have been so pleased as she had dreaded it more than anything.

Her death certificate stated she died from pneumonia and IBM, we were left crushed and in shock but she left us without pain or fear, and that’s a blessing. She was an amazing lady but her body was lost to her and she felt it’s betrayal so bitterly. She’s at peace now, and I’ll love her eternally.