RDD 2015: Complexities of the Diagnosis

Home RDD 2015: Complexities of the Diagnosis

RDD 2015: Complexities of the Diagnosis

A patient-submitted story by Stephen Moore

Growing up, I thought I was your typical student with an average lifestyle.  I loved to play sports and enjoyed the outdoors.  Looking back, yes, I did tend to get sick more often than other kids, but the physicians would just tell me it was probably strep or the flu.  They would instruct me that an injection of steroids and prescription of Zithromax (Z-pak) would clear everything up.  So I would leave the office and be on my way, not thinking anything about.

I went on to graduate high school and looked forward to starting college.  Everyone kept telling me that college was the best four years of your life!  So I couldn’t wait to see what this was all about!  However, in my freshman year, I started to feel sick more and more.  But I kept thinking this isn’t anything to worry about; as we all know, college isn’t the healthiest living environment.

But then one morning, I woke up and my right hand is very red and swollen.  I decided enough is enough; time to go to the student health center and get this checked out.  I started thinking that the “best four years of your life” shouldn’t feel like this.  The physician at the clinic looks at my hand and asks if I had punched or hit my hand on anything because it appears broken.  I told him no and that it wasn’t possible for it to be broken.

Well, next thing I know I am being sent over for an x-ray to confirm a broken hand.  I started to wonder if he was even listening to what I was saying.

When the doctor sees the x-ray and sees that nothing is broken, they start to look a little deeper.  They inform me that they aren’t sure what is going on and that I need to see a specialist.

I am sent to a rheumatologist who examines me and seems to be very intrigued with my myriad symptoms including rashes, hair loss, and an ingrown toenail that would require surgery for removal.  I remember hearing them call and talking with some of their colleagues and saying how interesting this case is.  I just wanted to shout, “Hey! I am a person, and would just like to know what is going on.”

They ran a few tests, but could never conclude anything was wrong.  So the next few years, I would get rashes periodically, but thought I shouldn’t worry about this.  I tried a bunch of home remedies, but nothing really ever seemed to work.  I went on to graduate college and my next step is graduate school.

My first year of graduate school was like déjà vu.  I started to become sicker to the point that I had to go and see the student health center again.  I start to describe all of my symptoms, which is now a very lengthy list (headaches, fatigue, sleep problems, aches, sore throat, muscle/joint pain, rashes, flu like symptoms, stomach ulcers, high blood pressure, shocking sensations, kidney stones).  They ask why I had not come to see them sooner.  I thought to myself that I wasn’t sick and just fatigued and worn out or this wasn’t a big deal.  Looking back, I guess I wasn’t sure what “normal” felt like anymore.

Well, they look and feel my lymph nodes, which were very swollen, so they do some routine blood work but end up referring me to an internist.  This started my roundabout of seeing doctor after doctor.  The first internist thought I had lupus, but after a few blood tests and nothing confirmed, I decided it was time to go see a specialist again.

As I waited to get a specialist to see me, I began to think that I am going crazy, and that maybe all this feeling sick is in my head.  But then I thought to myself that these physicians were telling me that something was wrong, but they just weren’t sure what it was.  And I then thought that doesn’t help or comfort me at all!  At this point in my life, I am feeling very vulnerable and uncertain of my future.

But then a glimmer of hope comes as I receive conformation to see a specialist in late March of 2012!  This is my second time to a see rheumatologist now.  This physician is very different then the others I have seen before.  He really listens to everything I am saying, but doesn’t really give any feedback or let you know what he is thinking.

He assures me that they will find out what is going on.  The next few months are your typical blood tests.  The first sign of inflammation was my C-Reactive Protein levels were critically high. He starts me on a dose pack of steroids and says that this will make me feel much better and he would like to see me in four weeks.

That week I was on the dose pack was wonderful!  I felt energy, no pain, and was able to enjoy time with my family.  But once that dose pack ended it was like I was drained again and just wanted to rest.

At my next appointment, I tell my rheumatologist that the dose pack worked but, only a few days.  He informs me that we will have to start me on a daily dose of steroids and Plaquenil to help with the rashes and muscle weakness.  I had lost about 15 pounds as well, so we had another round of blood tests.  The results showed that I had an elevated SED rate, CK, Aldolase, ALT, and AST levels with another dramatic decrease in weight.  By this point I had lost 40 pounds in 3 months and it was more difficult to function and move.

After all the blood tests and physical exams, he starts to believe I have a mixed connective tissue disease, and schedules an appointment with a neurologist to conduct an EKG.  These results showed myopathy of my muscles, so they move to do a NCV to rule out ALS.

My next appointment with my rheumatologist was very different from the previous visits.  I remember the nurse telling me that we have been trying to call.  Is this your correct phone number, they asked?  I said yes, and they said the doctor would be in shortly to see me.

The door opens and he shuts it right behind himself.  He usually seemed happy to see me.  This time felt different.  He seems hesitant to come in.  He pulls a chair up and sets it next to the examination table.  He tells me that they received the results of the EMG and they were trying to contact me.  He looks worried, I thought to myself.  I started thinking what is going on, should I be worried?  He goes over all my blood results of the past few months and shows me the EMG report.  He then says we are positive that you have a disease called Dermatomyositis.

The next few moments I am not completely sure what all he said due to the shock I was in.  I do know he said they were going to do a few more tests since those with Dermatomyositis can have a higher prevalence of cancer.

That same week, I had a few blood tests to check for cancer markers and a full cancer work-up in the hospital.  These all came back negative!

But now at this point in my life, I don’t even know where to start to express how I felt.  Confused, uncertain, scared, depressed, angry, tired, sick, shocked.  All these words can’t fully describe how I felt.  But I did know that this was the start of many changes in my life.

I have to be constantly observant of how I feel and aware of my surroundings. For example, in October of 2013, I had a spike in fever and went to the ER.  My fever was over 103 and they drew my blood to run some of the typical panel of tests. The ER physician walked into the room with a bit of a baffled look on his face and informed me that my CK levels were extremely elevated, which I already knew was going to be one thing, but he then went on to tell me that he was certain the lab messed up my results.  He said he would like to redraw my blood and rerun a few tests.

He then came back in my room with a look of disbelief, and told me that I had 0 neutrophils!  This meant I had severe neutropenia, and was very susceptible to infection.  Needless to say, I was immediately admitted and sent to an isolated area.  This was my second long stay at the hospital that year.

I ended up having a hematologist/oncologist team, internist, my rheumatologist, and a team of infectious disease physicians that wanted run tests since they were all confused about why I had such a high fever, 0 neutrophils, and no signs of your typical infections.  The infectious disease team poked and prodded a few times each day to rule out each theory they had.  They ended up running countless tests, but never found a single disease to cause the fever.

The hematologist/oncologist did a bone marrow biopsy, which was very interesting in itself and has a whole story to itself, but they couldn’t find anything either.

Luckily, they kept me on the strongest antibiotics and I finally broke the fever after a few days.  They still aren’t really sure what caused the severe neutropenia, but they thought it might have been a delayed reaction to my infusion of Rituxan.

To this day, it is still a constant learning process with new treatment plans, but I know that if I keep a positive attitude and outlook, good things would come.   I am now a person living with Dermatomyositis and one of the 30 million living with a rare disease.  It has been a long journey, but I am not going to let this define my life or who I am.  I plan on bringing more awareness and support for all those with rare diseases anyway possible. I hope this has brought some insight into the life of one person with a rare disease.  But this is only one story and there are over 30 million more stories that need to be heard.  It all starts with sharing your story.

Rare diseases are unbelievably complex to diagnosis and finding the right physician to help you in your path is key.  Many physicians are trained to look for the horse and not the zebra, when in fact we are the zebras!  If you have rare disease I am sure you have been through this long journey of exam after exam, and if you are still in that process of finding the correct diagnosis or treatment plan, stay positive and know that there is a light at the end of the tunnel.  We are all here to support one another!

This is the beginning of a new day.  I have been given this day to use as I will.  I can waste it or use it for good.  What I do today is important because I’m exchanging a day of my life for it.  When tomorrow comes, this day will be gone forever, leaving in its place whatever I have traded for it.  I pledge to myself that it shall be gain, not loss; success, not failure; in order that I shall not regret the price I paid for this day. 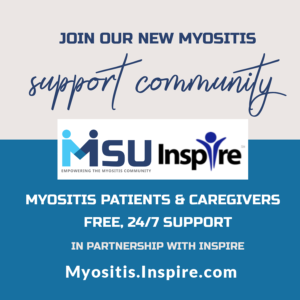 Login with your credentials