The Power of Advocacy

Home The Power of Advocacy

Watch The Power of Advocacy

Meet two people with myositis who are living their lives with purpose and positivity. Holly Jones, polymyositis (PM) and interstitial lung disease (ILD), and Rhonda Rogers, inclusion body myositis (IBM), talk about their journey from diagnosis to advocacy and how the lessons they are learning can help each of us.

Watch to be inspired to get involved. We can all do something to help advance myositis education, awareness, and research.

To our fellow patients, you can Take Action now. Check out some ways on our new Take Action page.

Everyone can help in other ways to support the work we do as an all-volunteer nonprofit organization. You can donate any amount, volunteer, and use things like the Round Up app and shop using Amazon Smile, and several others. 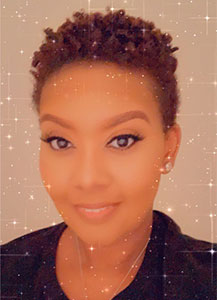 You can find Holly and her work on Facebook at HerStory in Color.

Holly Jones is not your average stay at home wife and mom. Living with Polymyositis for over 16 years has not stopped Holly from accomplishing her life goals. Having to leave college after one year due to hospitalization, Holly returned and graduated with an Associate of Applied Science Degree in Business Administration. Today, she is what we would call an up-and-coming Social Media Boss/Entrepreneur. She is the creator and host of the Facebook Live talk show, Krazy N Christian where she speaks on trending topics and important information that helps build the community.

Her Facebook page, Polymyositis: Bringing Awareness, informs, educates, and brings encouragement to those living with the rare disease. Holly’s YouTube channel, MyoLife, showcases her everyday walk with Polymyositis. She gives her audience an insight into what she has and is currently experiencing as a patient, a wife of 14 years, a mother of two daughters, and a friend. Despite the setbacks in her life, like having a rare disease that caused her to relearn everyday skills, to losing a baby and both parents before the age of 30, Holly has turned her tears into triumph. Holly summarizes life using these words, inspired by Philippians 1:27-30, “Live your life in such a way, for those who don’t know God, will come to know God because they know you.” 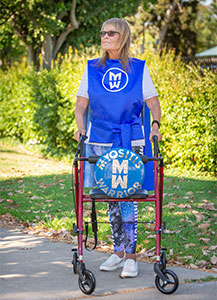 Rhonda received her initial Myositis diagnosis of polymyositis (PM) in 2003. She tried all sorts of treatments in her search for relief and improvement but kept getting worse. Eventually, she found her way to Dr. Namita Goyal, Myositis specialist and researcher at the University of California, Irvine, in 2015. It was Dr. Goyal who gently told Rhonda she didn’t have PM, but IBM, Inclusion Body Myositis. Dr. Goyal added there was no cure or even a treatment. For once, Rhonda was speechless.

As most newly diagnosed individuals do, Rhonda attended the University of Google and began her quest to learn about this “other” form of myositis. And after exhaustive searches, she eventually found other myositis patients through the Myositis Association, and Myositis Support and Understanding. Yes, IBM is a rare disease, but at least she wasn’t alone.

Rhonda started identifying with the fighting spirit displayed by the Myositis Warrior, often found on Myositis Support and Understanding Facebook posts. She drew strength from people who shared experiences and asked for advice about life with Myositis. Then in 2019, Rhonda decided to BECOME the Myositis Warrior and attended the original Comic-Con in her hometown of San Diego. She wore a cape that said Myositis Warrior, so she fit right in and felt at home with the superhero crowd, even though she was not as famous as Batman.

But real superheroes have a mission. To do good. To be strong in spirit. And to act. Rhonda is now recruiting other Myositis Warriors who are ready to have their Myositis voice be heard. She hopes you will become a Myositis activist too.